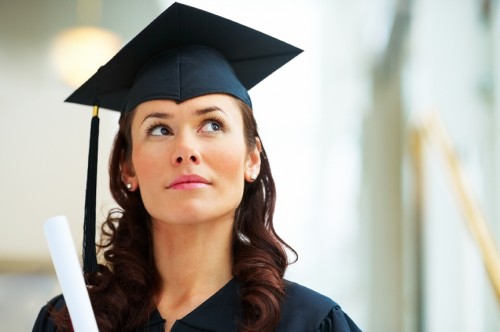 Anyone considering going to college needs to understand that a college degree is no guarantee of a better financial future. College costs way more than ever before and the job prospects have never been worse. Here is some sobering news from BusinessInsider.com that’s worth considering:

After all the nearly 19 million 4-year college graduates expected over from 2010 to 2020, according to the NCES, will be disappointed to find only 8.5 million job openings requiring a bachelors degree over the same period, according to the BLS.

Many of those college students would have done better to go to a technical school for better job prospects at lower cost. Those who did go to college had better have put some thought into picking their major.

The pool of college graduates is growing more than twice as fast as the pool of jobs requiring a college degree.

The Center for College Affordability shows this as a graph: 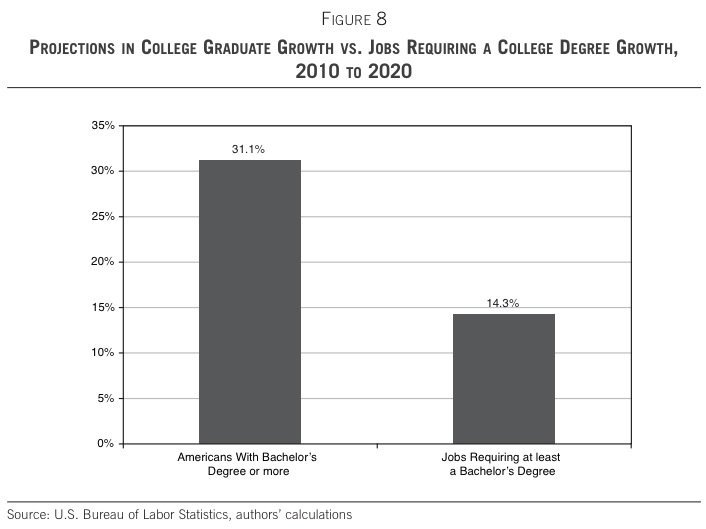 You might be thinking, “This is just a projection of future employment. No one can see the future perfectly.” True enough. What’s today’s job market look like? More and more jobs today are filled by people with college degrees than ever before.

Forty years ago very few taxi cab driver, carpenters and bank tellers had college degrees. Now more have degrees than ever before. Here’s another sobering graph from the Center for College Affordability: 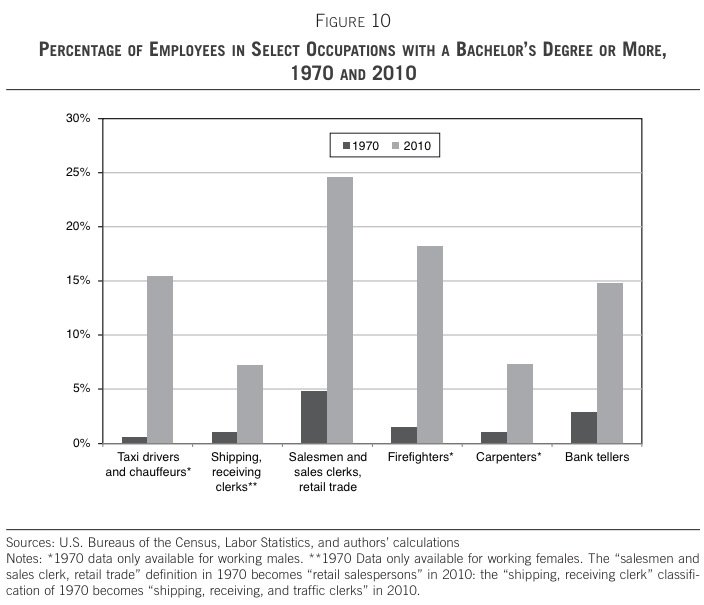 I encourage you to click through and read the entire article in BusinessInsider.com. You’ll read about the millions of American college graduates holding jobs which don’t require a college degree. Or any college at all.  You’ll also learn that “26 of the 30 fastest growing occupations don’t require a bachelor’s degree.”

Don’t expect to hear that from your high school guidance counselor, college admission officers, or even your parents. You need to do your homework now and save the time, debt and heartache from completing your college degree and ending up in the same job you could have gotten when you graduated from high school.