Advisor Marketing After the “Year of the Ponzi Scheme” 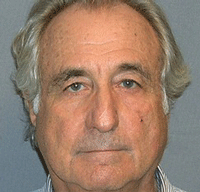 The Wall Street Journal called 2009, “The Year of the Ponzi Scheme.”  Many people heard of the term “Ponzi Scheme” for the first time only because of the size of Bernard Madoff’s deal: $50 billion. Sadly with interest rates near zero, many retired people look at high returns delivered by such schemes and get sucked in with their life savings.

Someone commented on this with an article about a change in due dilegence. It suggests that financial advisors should investigate the ethics and integrity of the managers of recommended investments. Don’t just look at returns, look at WHO is generating those returns. Can this be done? Should you be held to this standard?

Time will tell if the Ponzi Schemes of 2009 lead to regulatory changes in 2010.

The Year of the Ponzi Scheme

If you weren’t familiar with the name “Ponzi” last year, you sure learned it quickly this year, along with the names “Madoff,” “Dreier,” “Petters,” and all the others who followed in the footsteps of the notorious fraudster Charles Ponzi.

That’s because, as the Associated Press reports, the number of Ponzi schemes that came to light in the U.S. has nearly quadrupled in the last year. The schemes, in which perpetrators lure investors with promises of high returns and use new investors’ cash to pay the old ones (and, of course, grab cash for themselves), topped 150 this year, compared to about 40 last year.

As a result, the AP says “tens of thousands of investors” lost more than $16.5 billion this year. That figure doesn’t include the $19.4 billion that Bernard Madoff is estimated to have bilked his investors out of in the largest Ponzi scheme ever, because Madoff was arrested in December 2008.

The AP’s review of federal and state criminal cases found that amid the recession and heightened public awareness of Ponzi schemes, the federal government stepped up its pursuit of suspected fraudsters. The Federal Bureau of Investigation launched more than 2,100 probes into securities fraud, up from last year’s 1,750 investigations, and it increased by one-third the number of agents working on high-yield investment fraud cases. And the Securities and Exchange Commission issued 82% more restraining orders and devoted more of its workload to investigating potential scams.

Dale Yeager a nationally known criminal analyst says that news coverage of the recent investor scandals is missing a critical aspect of these crimes. This overlooked issue is something Yeager calls the “Due Diligence Mess.”

Yeager, says the problem is the antiquated way due diligence is performed for investors.

“The financial crimes of the past year will continue to occur unless radical changes are made in the due diligence process,” states Yeager. “Due diligence must be performed as a criminal investigation not just a financial assessment.”

Based on his experience performing over 200 financial investigations, he believes that the focus must be on the ethics of the people operating the organization the investor will be placing their money into.

“Due diligence is about assessing a person’s credibility” states Yeager, “and people assessment has and always will be the domain of forensic psychology. Look at the amount of negative information that reporters have discovered about Madoff over the past few months. Information that provides a specific psychological profile of him, showing a lifelong pattern of narcissistic and unethical behavior.”

Yeager lays out a plan of action to prevent investor fraud with his article, “The Due Diligence Mess: 3 Reasons Why Ponzi Schemes and Investor Fraud Will Continue”.