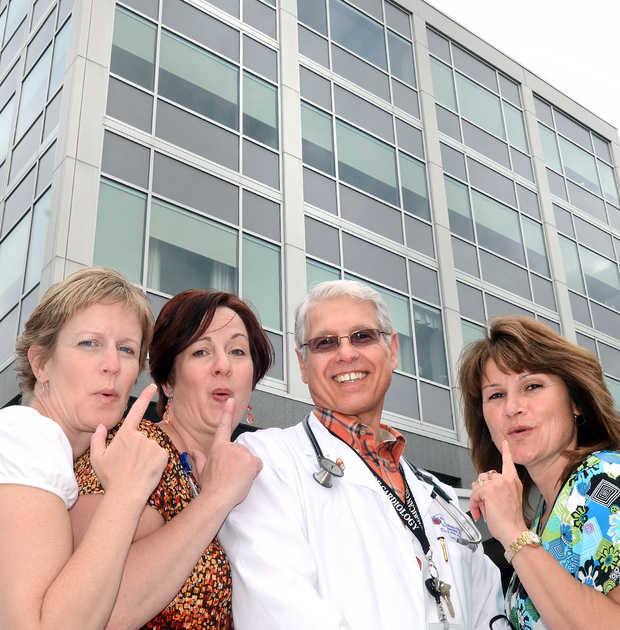 Audience interaction keeps your presentations interesting and lively. This is especially true for living trust seminars. You never want to be the only one doing ali the talking.

Yet this story pushes things to an extreme when a man had a heart attack during a lecture on heart disease. Thankfully the story has a happy ending.

LEWISTON — Dr. William Phillips figured he was being kidded when a lecture on coronary heart disease was interrupted by a man complaining of chest pain.

A moment later, the cardiologist and nearby nurses saved the man’s life.

“I can’t tell you how I was hoping that guy was going to open his eyes, because, I thought, nothing could be worse if he dies right here,” Phillips said Tuesday.

As Phillips and the nurses began CPR, more than 100 people, many with histories of heart problems, watched.

“What I’m hoping is that they got the lesson about calling 911,” he said. “They got to see firsthand the importance of immediate response.”

The lecture had begun in the usual way.

Folks gathered Monday evening in a conference room at 12 High St. beside Central Maine Medical Center. The topic was a comparison of bypass surgery versus stenting for heart patients.

“We were talking about angina and this man raised his hand and said, ‘I’m having it right now,'” Phillips said. “I said, ‘Are you kidding?’

That’s when Phillips got serious.

“I said to one of the nurses, ‘Could you get a wheelchair and take him over to the emergency room?'” Phillips said.

There wasn’t time, though. The man collapsed and Phillips ran to his side.

“In the meantime, he had completely arrested,” the doctor said. “He had no pulse. He wasn’t breathing. We started CPR and everybody’s standing around.”

“It wasn’t just me,” Phillips said. “If I had been alone, it would have been terrible.”

One of the nurses brought in an automated external defibrillator, a portable electronic device that diagnoses a sudden, life-threatening heart problem and shocks the heart back into rhythm.

“Then, (paramedics) came in the door,” he said. “They started an IV. They gave him an EKG and took the patient over to the emergency room.”

Later, Phillips checked in on the man.

“I went over to the emergency room, and he was sitting up in the bed, talking with his wife and waiting for test results,” the doctor said. Central Maine Medical Center declined to identify the patient, citing confidentiality laws.

But before Phillips checked on the man, he had a lecture to finish.

“After we had taken a breather, everybody wanted to continue on with the talk,” he said. “It was a pretty impressive event. I think the people there will remember the lecture for that.”

Phillips hopes the attendees will remember the importance of rapid response to heart problems.

You may not save someone’s life during one of your presentations. So you won’t make the national news like this story. Yet you can help save family’s financial lives with a timely and informative community seminar.