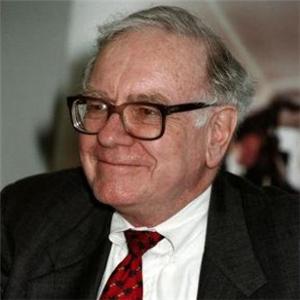 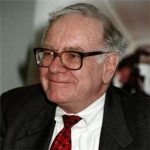 Now let’s review the letter again and get some investment insights from it. In the very first paragraph, he touts fabulous results for the past year:

I realize that past performance is no guarantee of future performance, but 20.3% for 45 years! Let’s be thankful Berkshire is a public company so we can watch what Warren Buffett does and learn from a master. The Wall Street Journal aptly summarized results and investment philosophy:

On Saturday, Mr. Buffett’s Berkshire Hathaway reported that net earnings rocketed 61% last year to $5,193 per share, while book value jumped 20% to a record high. Berkshire’s Class A shares, which slumped to nearly $70,000 last year, have rebounded to $120,000.

Those bets on GE and Goldman? They’ve made billions so far. And anyone who took Mr. Buffett’s advice and invested in the stock market in October 2008, even through a simple index fund, is up about 25%.

How does he do it? Mr. Buffett explained his beliefs to new investors in his letter to stockholders Saturday:

Stay liquid. “We will never become dependent on the kindness of strangers,” he wrote. “We will always arrange our affairs so that any requirements for cash we may conceivably have will be dwarfed by our own liquidity. Moreover, that liquidity will be constantly refreshed by a gusher of earnings from our many and diverse businesses.”

Buy when everyone else is selling. “We’ve put a lot of money to work during the chaos of the last two years. It’s been an ideal period for investors: A climate of fear is their best friend … Big opportunities come infrequently. When it’s raining gold, reach for a bucket, not a thimble.”

Value, value, value. “In the end, what counts in investing is what you pay for a business-through the purchase of a small piece of it in the stock market-and what that business earns in the succeeding decade or two.”

Don’t get suckered by big growth stories. Mr. Buffett reminded investors that he and Berkshire Vice Chairman Charlie Munger “avoid businesses whose futures we can’t evaluate, no matter how exciting their products may be.”

Most investors who bet on the auto industry in 1910, planes in 1930 or TV makers in 1950 ended up losing their shirts, even though the products really did change the world. “Dramatic growth” doesn’t always lead to high profit margins and returns on capital. China, anyone?

Understand what you own. “Investors who buy and sell based upon media or analyst commentary are not for us,” Mr. Buffett wrote.

“We want partners who join us at Berkshire because they wish to make a long-term investment in a business they themselves understand and because it’s one that follows policies with which they concur.”

Defense beats offense. “Though we have lagged the S&P in some years that were positive for the market, we have consistently done better than the S&P in the eleven years during which it delivered negative results. In other words, our defense has been better than our offense, and that’s likely to continue.” All timely advice from Mr. Buffett for turbulent times.

A 2008 academic study of Berkshire over a 30-year period attempted to uncover the secret of Warren Buffett’s success. And recommended just imitating a winning investment strategy.

Imitation is the Sincerest Form of Flattery: Warren Buffett and Berkshire Hathaway

We analyze Berkshire Hathaway’s equity portfolio over the 1976 to 2006 period and explore potential explanations for its superior performance. Contrary to popular belief, we find Berkshire Hathaway invests primarily in large-cap growth rather than “value” stocks.

Over the period the portfolio beat the benchmarks in 27 out of 31 years, on average exceeding the S&P 500 Index by 11.14%, the value-weighted index of all stocks by 10.92%, and a Fama and French characteristic-based portfolio by 8.56% per year. Although beating the market in all but four years can statistically happen due to chance, incorporating the magnitude by which the portfolio beats the market makes a luck explanation extremely unlikely even after taking into account ex-post selection bias.

We find that Berkshire Hathaway’s portfolio is concentrated in relatively few stocks with the top five holdings averaging 73% of the portfolio value. While increased volatility is normally associated with higher concentration we show the volatility of the portfolio is driven by large positive returns and not downside risk. The market appears to under-react to the news of a Berkshire Hathaway stock investment since a hypothetical portfolio that mimics the investments at the beginning of the following month after they are publicly disclosed also earns significantly positive abnormal returns of 10.75% over the S&P 500 Index.

To be blunt about it, Warren Buffett demolished the Efficient Market Theory.

You can read the rest of the study if you like. Time is short so let’s look at the Wall Street Journal’s summary from a 3/1/2010 report:

It might not be practical to buy all of Buffett’s holdings. He owns 40 stocks and many of them are tiny positions. Here are two other approaches investors can take:

Slightly speculative: Buy the stocks Buffett is increasing his positions in. The idea is you can get in at prices similar to Buffett and it might be the stocks he feels most strongly about right now.

The “Buffett Aristocrats”: The S&P publishes a list of its dividend aristocrats – stocks that have increased their dividends for more than 25 years in a row. Buffett owns a basket of these, which I call the Buffett Aristocrats. These might be solid plays both for the income (since you can feel comfortable that they will probably increase, or at least keep, their dividends in the future) and capital appreciation (all of these companies have done well over time and, besides, Buffett likes them):

* Buffett reduced his position this past quarter

Well there you have it. Go and do likewise!