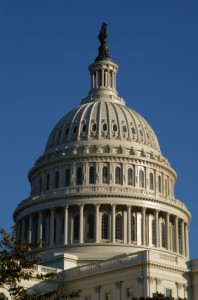 [Richard: The debate over healthcare reform has sucked all the air out of Washington DC. Not just the hot air…the result has been over 50 tax breaks for business and individuals will now expire on December 31st. Get ready for lots of questions from your clients.]

When members of the U.S. Senate finally head home this week, they will be leaving the future of 50 individual and business tax breaks in limbo. All expire at the end of 2009.

Among the disappearing breaks are the research tax credit and an annual alternative minimum tax “patch,” which keeps 23 million additional middle-income Americans from being forced into calculating and paying the dreaded AMT. (For 2009, with the patch in place, 4 million upper-middle- and high-income families will pay AMT.)

Most of the fading-out-50 can, and likely will, be reauthorized retroactively, creating an inconvenience for some taxpayers, but not the same sort of mess as Congress’ failure to resolve the future of the estate tax. The estate tax will expire at the close of Dec. 31 and Democrats are pledging to resurrect it retroactively, leading to all sorts of potential legal problems, as well as some planning opportunities for wealthy families.

Among the expiring individual tax breaks: the deduction for state and local sales taxes for itemizers (which benefits mainly residents of states that don’t impose an income tax); the additional $1,000 deduction for real estate taxes for those who claim the standard deduction; the $4,000 deduction for college tuition; and a special $250 deduction for teachers who spend their own money on classroom supplies.

This isn’t the first time Congress has let some of the 50 breaks lapse. In fact, expiring provisions have come to be known as “extenders,” because instead of eliminating them or making them permanent and recognizing their true costs, Congress simply extends them year by year.

This time around, on Dec. 9, House Democrats pushed through a bill extending most of the breaks at a cost of $31 billion. The Senate, mired in partisan warfare over health care reform, never took up a similar measure. On Tuesday, Senate Finance Committee Chairman Max Baucus, D-Mont., and Ranking Member Charles Grassley, R-Iowa, issued a joint letter promising to extend the provisions retroactively as soon as possible.

But taxpayers can’t count on early action. “We’ve seen this movie before,” sighs Clint Stretch, managing principal of tax policy with Deloitte Tax. “When this has happened in the past, it’s been literally months before Congress has gotten around to fixing things.” For example, Congress finally included dozens of lapsed tax breaks in the October 2008 bank bailout, making them retroactive to Jan. 1, 2008.

Meanwhile, taxpayers have some decisions to make. For example, if the AMT patch isn’t passed by the time their first 2010 estimated tax payments are due in April, they’ll have to decide whether to pay extra money or risk underpaying and incurring a penalty. One lapsed provision allows taxpayers age 70-and-a-half or older to transfer up to $100,000 directly from an IRA to charity without booking the amount transferred as income. Older folks planning a charitable gift may want to do this before Jan. 1.

For businesses, the lapsing of the R&D credit–a $7 billion a year break–is a particular problem, since companies must plan for long-term research commitments amid uncertainty. Since its enactment in 1981, the credit has been extended 13 times; in the mid-1990s there was a one-year gap when it wasn’t extended retroactively.

The House extenders bill passed Dec. 9 didn’t include the AMT patch. Stretch says it’s likely the AMT patch and the traditional extenders, including the research credit, will be extended for 2010 sometime next year. Still, with the budget deficit growing, the Bush-era tax cuts set to expire at the end of 2010, and economic advisers to Obama looking at options for tax reform, nothing is certain.

“Who knows what’s going to happen next year?” asks McGuire.

[Richard: Read this update on the non-extension of the federal estate tax. There is some confusion out there: while the House did vote to extend the 2009 rates/exemptions into 2010 and beyond, the Senate didn’t get to it. Read this article for the implications of this non-action.]

http://www.fa-mag.com/fa-news/4956-clock-ticks-on-estate-tax.html(Dow Jones)
As Congress appears ready to let the federal estate tax lapse on January 1, a dramatic question is what a repeal will do to millions of less affluent taxpayers.

Many who now would owe neither estate nor capital gains tax on inherited assets will owe significant capital gains. And that’s just one of the troubling aspects of a repeal.

There are also serious questions about how families with ailing relatives would be affected–a subject of gallows humor since a one-year repeal of the tax was first envisioned for 2010 years ago.

Anyone who turns to a professional for help with all of this is likely to find advisers still sorting through the answers. A big question is whether Congress will enact a retroactive tax, and how it would play out.

Catherine G. Schmidt, an estate-planning attorney and partner at the law firm Patterson Belknap Webb & Tyler LLP in New York, says her firm is working in what could be a narrow window to help clients take advantage of the repeal and avoid a retroactive tax. But, she adds, strategies to this end “are not something anybody already has in their pockets.”

Indeed, most advisors truly believed Congress would never let it come to this.

“The estate-planning community is astounded that we’ve reached this point,” said Schmidt.

Under current law, the estate tax disappears for a year in 2010 and then is reinstated in 2011. President Barack Obama blocked a short-term extension Wednesday, but Senate Finance Committee Chairman Max Baucus (D., Mont.) said he will try to move legislation early in 2010 that ensures there won’t be a window where wealthy estate owners who die will escape the tax.

For many advisors, the most striking aspect of a repeal is that, along with the estate tax itself, a step-up in cost basis for income tax purposes would go away. The step-up values inherited assets for tax purposes at what they were worth when the person who bequeathed them died. Starting January 1, though, assets will be valued at the original cost of the asset.

So, at a relative’s death, “families that would not have had to pay the estate or capital gains tax now may have to pay a capital gains tax on assets that have appreciated in value during the deceased person’s lifetime,” said Warren Racusin, chair of the trusts and estates practice at law firm Lowenstein Sandler in Roseland, N.J.

Racusin mentioned a client whose parents gave him Microsoft Corp. stock when he was younger, purchased for relatively little, that is now worth $6 million. If the man were to die in 2009, his family would not owe capital gains tax on the appreciation. And, with good estate planning by the man and his wife, there might be no estate tax due either, because a couple can shelter up to $7 million from federal estate tax.

As for a retroactive tax, it would likely raise some complications if lawmakers wait too long to enact it. Relatives of some people who die in a prospective estate-tax-free period–after the end of the year but before a new tax is enacted–would surely not be pleased. Quite certainly, some would challenge the constitutionality of the tax, according to tax analysts.

Nonetheless, both the lower courts and the Supreme Court historically have defended retroactive taxes. The high court, in fact, has been upholding retroactive tax increases since as long ago as 1874.