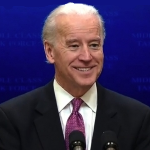 Ronald Reagan once said “the nine most terrifying words in the English language are, ‘I’m from the government and I’m here to help.’  Yesterday, Vice President Biden issued the “Middle Class Task Force Annual Report” which included planned rule changes aimed at ensuring workers receive objective investment advice for their 401(k)s and IRAs.

Will the new rules really help employees? Only time will tell. Let’s start with what the White House announcement:

Also at today’s event, the Vice President announced that the Department of Labor is proposing new protections for workers with 401(k)s and IRAs. These new protections are an important step in the Administration’s efforts to make the retirement system more secure for middle class workers and families. The regulations will protect workers from conflicts of interest and expand the opportunities for employers to offer workers the expert investment advice they need to make the best possible decisions about how to save their hard-earned wages.

“A secure retirement is essential to workers and the nation’s economy. Along with Social Security and personal savings, secure retirement allows Americans to remain in the middle class when their working days are done. And, the money in the retirement system brings tremendous pools of investment capital, creating jobs and expanding our economy,” said U.S. Deputy Secretary of Labor Seth Harris. “These rules will strengthen America’s private retirement system by ensuring workers get good, objective information. When that happens, workers make the kind of decisions that are good for their families and the nation as the whole.” Source: http://www.whitehouse.gov/the-press-office/vice-president-biden-issues-middle-class-task-force-annual-report

So how will this affect financial advisors? Here’s what the Financial Times had to say:

The new rules would require retirement investment advisers and money managers to either base their advice on computer models that have been certified as independent, or they would prohibit them from suggesting workers to invest in funds with which they are affiliated or from which they receive commissions. Source: http://www.ft.com/cms/s/0/d81ac69a-22f3-11df-a25f-00144feab49a.html?nclick_check=1

This sounds ominous because financial advisors will either need to use independently certified computer models or no longer suggest funds for which they receive commissions. Remember that the rules have been proposed and could change. And they don’t affect all investors. Yet.

The Department of Labor issued a related press release which partly clarifies who would be covered by these proposed rules:

The first of the two rules would ensure workers receive unbiased advice about how to invest in their individual retirement accounts or 401(k) plans. If the rule is adopted, it would put in place safeguards preventing investment advisors from slanting their advice for their own financial benefit. Investment advisors also would be required to disclose their fees, and computer models used to offer advice would have to be certified as objective and unbiased. The department estimates that 2 million workers and 13 million IRA holders would benefit from this rule to the tune of $6 billion.

The second rule announced today establishes new guidelines on the disclosure of funding and other financial information to workers participating in multiemployer retirement plans — those collectively bargained by unions and groups of employers. It will ensure transparency by guaranteeing workers can better monitor the financial condition and day-to-day operations of their retirement investments. The rule will go into effect in April 2010. Source: http://www.prnewswire.com/news-releases/us-labor-department-rules-to-improve-retirement-security-announced-as-part-of-white-house-middle-class-task-forces-year-end-report-85499197.html

These rules stem from the Obama Administration’s goal of helping the middle class. Many 401(k)s became 201(k)s and with the stock market bounce might be back to 301(k) level now. Will these rules help? Only time will tell. Are the proposed rules realistic? Let’s end with a quote from a Reuters story:

“Expert advice can be helpful, but that advice must be unbiased and there must be no risk that the adviser will benefit from steering workers to particular investments,” Deputy Labor Secretary Seth Harris said at the event. Source: http://www.reuters.com/article/idUSTRE61P26O20100226

You can watch the 29 minute White House announcement here. The part dealing with retirement account protection is the first 10 minutes.